The Road to Retiring Early as a Freelancer

The road to retiring early as a freelancer can be bumpy, but we have a road map to help along the way. 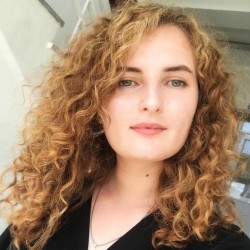 Here’s a major myth. Freelancers enjoy an “easy-breezy” lifestyle. They work when they want to, have more free time than full-time employees, and can often work from anywhere they want.

Here’s the truth. Freelancers who make a decent living work long, hard hours. They have clients with deadlines; they have clients who are difficult and demanding. These situations mean that a freelancer may often work days and nights, even weekends. In fact, a friend of mine recently went into semi-retirement at the age of 48, saying that he had worked as many hours as most do by the time they are 65. He now takes only a few preferred clients, works only a few reduced-hour days a week, and enjoys lots of outside interests and hobbies.

Is my friend rich? Not by a long shot. But he is comfortable, takes occasional vacations, and says he has enough income for the rest of his life. He doesn’t consider himself highly intelligent or “money smart,” just determined and pretty happy with his lifestyle.

How did he do it? Well, here is how he explained it to me, and it would probably be a good guide for you to follow, if you want to retire early with financial stability. Your individual circumstances may not be the same, but you can get an idea of how it can be done, and it is certainly not rocket science.

Here is what he did – some of it pretty traditional; some of it not so much.

1. Do NOT cash in any existing retirement savings.

If you’ve built up a retirement account from traditional employment, try not to touch any of it when you leave to freelance. These will continue to earn interest and, if some of that money is invested in funds with participant options to move it around, watch the markets and make changes accordingly.

Most freelancers have a high deductible health insurance plan, because it is what they can afford as an individual. Some are now forming groups to get a better deal, but premiums are still high unless you take that high deductible. With a Health Savings Account, you put money in each month into that account to offset your deductibles if you ever have something major happen. Plus the money you put in is pre-tax, and you can withdraw for medical expenses without paying any taxes.

If you don’t have any big health issues, the money adds up over the years. Rod Hensley, Writing Supervisor and Editor for Trust My Paper, says part of the training of new freelance writers includes options for health insurance. “We put [our freelancers] in touch with established groups of freelancers who have healthcare plans and give them lots of information about HSA’s. Health insurance is a real issue for freelancers – hopefully, as this sector grows, there will be more options.”

Getting some advice from a professional will help. And if your deductions are automatically pulled from your bank account, you won’t be tempted not to make that planned contribution.

4. Set a percentage of your disposable income to go into savings.

Because you will have lots of hills and valleys, the percentage system works better than a set dollar amount. And no matter how small that percentage may be in some months, put it in. Over time, it will accumulate.

Alternative strategies for retiring early as a freelancer

1. Plan your career around making money, not sticking to one job.

One of the things my friend did in advance of going into freelancing was to make plans for it. He spent 10 years as an English teacher before he left for freelancing. During that time, he lived frugally, so that he could put the max into an optional retirement savings plan, in addition to his state retirement plan.

He also began to take gigs in writing, socking all that money away and actually building a clientele at the same time. He also took summer jobs and laughs about some of the things he did – cleaned office buildings, bartended, ran his own fruit and vegetable stand, etc. But that extra money was all put away.

While working from home itself can save you money, here are a few ways my friend was able to save even more:

In short, he states he made a “game” out of savings on these smaller things. And, according to him, it was actually fun. Doing this, he was able to increase his savings beyond the 10% he had already committed to.

In short, passive income is any source of income that, once set up, provides income with little to no work and minimal oversight.

Aside from investing in stocks and bonds, some sources of passive income to consider, are real estate investments or rental income, renting out your car to brands for advertising as a moving billboard, or selling ad space on a blog or website.

Obviously, the goal of passive income is to have small bits coming in while you focus on your freelancing work. And, once you retire, it keeps on coming in. Plus, if, in retirement, you have some extra time on your hands, you can expand passive income options.

If you are hell bent on going into freelancing, working your butt off, and retiring early, you can do it. You will need a plan and both traditional and non-traditional strategies may be in your repertoire to achieve that end. Don’t forget to remind yourself each day, why you are making small sacrifices now for the bigger goal.

Kristin Savage
Kristin Savage nourishes, sparks and empowers using the magic of a word. Now she works as a freelance writer at and GrabMyEssay. Kristin also does editing work at BestEssayEducation.