How to Invest in Bitcoin: A Crash Course in Cryptocurrency

Here's your beginner's guide to Bitcoin.

With all of the different headlines, click bait, and hype surrounding cryptocurrency, it can be tough for a newcomer to figure out what’s actually going on. We routinely hear questions from our readers regarding how to invest in Bitcoin—and more importantly whether or not they should invest in Bitcoin. Our goal here is to silence the chatter and shed some light on cryptocurrency in order to give you the tools that you need to make an informed decision.

Bitcoin is an electronic—or digital—currency created in January 2009. Nobody knows exactly who created Bitcoin, but since 2009 its value has risen from zero to over $34,000 per coin.

Put simply, Bitcoin represents a potential investment, and nothing more.

There are many different types of cryptocurrencies, and Bitcoin is hands down the most notable. Similar to the way that some people refer to all facial tissues as “Kleenex”, or all brown sodas as “Coke”, a lot of people who are new to the crypto game are under the impression that Bitcoin is the only cryptocurrency and vice versa. This is not the case. Bitcoin is only one form of cryptocurrency. We’ll fill you in on some of the other types a little later.

Bitcoin can be used for investment purposes or to pay for goods and services, similar the way that you might use Paypal or Venmo to transfer funds electronically.

Unlike traditional currencies, Bitcoin is not issued or backed by any country, company, or other organization. Instead, Bitcoin relies on blockchain technology—a type of database that stores information in the form of blocks in a chain (nice naming, right?). We’ll go into more detail about blockchain below.

How is Cryptocurrency different from traditional currency?

For some people, there’s a big difference. But, to understand that difference, we need to briefly talk about the history of money. The original money wasn’t money—it was stuff. Allow me to explain.

When people wanted to transact with each other, they did so by barter. They would take their cows or chickens or crops—whatever they had to trade—to a market, and barter with each other.

People soon realized it was a huge pain to cart everything they might want to trade to market. So, they decided to use tokens that would represent a certain amount of value. Some cultures used precious metals like gold and silver, while others used seashells. All they really wanted was something that could be carried easily and that people could agree represented some predetermined store of value.

Eventually (within the past 100 years), governments stopped letting people redeem money for metal altogether, instead backing their currencies with the “full faith and credit” of the government. In other words, now a dollar is worth a dollar because the government says it is.

That’s not the case for Bitcoin. Instead, Bitcoin is worth whatever the market says it’s worth, almost like a share in a company (but not backed by any assets of a company).

How do I buy bitcoin?

Most people have no desire (let alone savvy) to mine Bitcoin. But, they want to own some because they think it will increase in value. So, how do they invest?

The most common way for people to invest in Bitcoin isn’t by mining it—it’s by buying it.

To accomplish this, all you need to do is set up an account on a cryptocurrency exchange. Then, once you’ve created an account, you just deposit money like you would in an E-trade account, and you start trading. 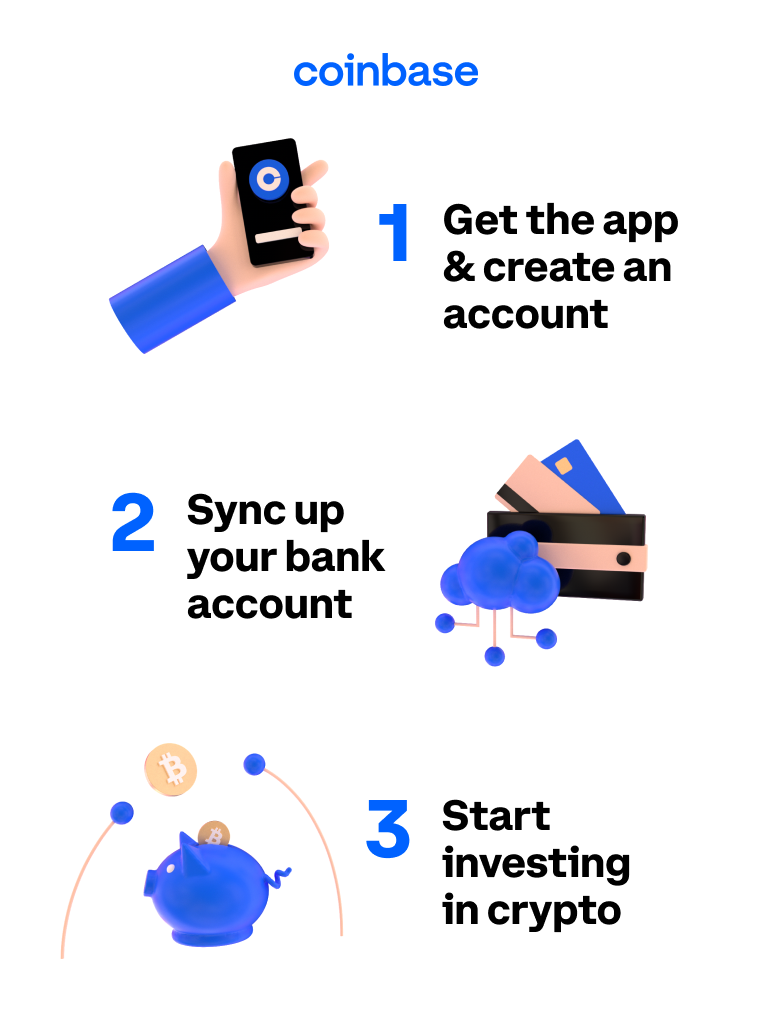 For those trying to figure out how to invest in Bitcoin or other cryptocurrencies, you can do so in the same way you would invest in stocks or ETFs. As mentioned above, you would start by creating an account on an exchange that allows trading of cryptocurrency, and you deposit money that you can use to trade. Then, you buy Bitcoin, just as you would buy shares in Ford or GM.

As mentioned above, Bitcoin is not the only type of cryptocurrency. Below is a table illustrating some of the most popular cryptocurrencies, along with who created them.

And, as if this wasn’t complicated enough, there are also crypto versions of conventional securities as well. Some of the world’s largest banks—JP Morgan included—often settle large international transactions using, for example, crypto-dollars or crypto-euros. These currencies don’t trade like Bitcoin or Ripple, but they rely on blockchain nonetheless.

How do people earn cryptocurrency?

Since cryptocurrencies like Bitcoin aren’t issued or backed by banks or governments, the way they come into being is drastically different.

The creation of new bitcoins and other cryptocurrencies relies on a process called “mining.” The process isn’t easy and definitely isn’t straightforward.

What is bitcoin mining?

Essentially, all cryptocurrencies rely on blockchain technology. As mentioned above, blockchain is a type of database (it’s actually a ledger) that stores information in blocks. How do these blocks get built? This is where mining comes in.

Mining cryptocurrency is a process that involves running sophisticated software on personal or dedicated computers. This software tries to solve complex problems that actually serve to settle previous transactions in the cryptocurrency in question. Many computers are trying to settle the same transactions at the same time. The first computer to solve the problem completes the block and earns a coin (or part of a coin) as a reward.

So, anyone who wants to earn Bitcoin by mining it, rather than buying it, just has to purchase the hardware and software required to mine it.

But, if anyone can mine Bitcoin, how does that impact the value of Bitcoin as a currency?

With Bitcoin and other digital currencies so popular, lots of people wonder: Is this the way of the future or just another bubble that’s about to burst?

As pertains to cryptocurrencies, the answer is probably yes and no. Some coins will probably see their popularity diminish and their values drop. Even Bitcoin—currently trading at over $34,000—may not stay at current levels. That said, it could go far higher.

But, the question of whether people will get tired of cryptocurrencies and decide to sell is a different one when aimed at blockchain. Blockchain as a technology is likely here to stay. Everyday more industries are finding new and innovative uses that go far beyond mining Bitcoin. There’s no reason to think it won’t continue or even expand as technology continues to expand and companies and institutions continue to innovate for improved security and accessibility.

While individuals can invest in Bitcoin the same way they can with stocks, bonds, or other assets, the similarities pretty much end there.

To start with, stocks represent shares of ownership in a company or other assets, such as land, factories, product lines—even goodwill. Individual bitcoins don’t represent ownership of any underlying assets.

In the case of Bitcoin there’s no underlying company that could go broke and be thrown into bankruptcy. If the entire world decided tomorrow that Bitcoin wasn’t cool anymore, you couldn’t cash in your coins. All you can do is throw them on the open market and take what you can get.

But, if you’re going to invest in Bitcoin, you can do so in just about as many ways as you can invest in traditional stocks. You can open an individual brokerage account on an exchange, or an account in the name of a trust. Some providers, like BitcoinIRA, even let you hold Bitcoin in your qualified retirement account.

Who should invest in crypto?

But, while Bitcoin has been massively popular over the past few years, many other coins have failed to keep pace. Dozens have failed completely.

So, with this kind of variance in returns, who should invest in crypto?

As a former investment advisor, cryptocurrency isn’t something that I recommend to friends or family—in large part because it’s something that few people understand enough to warrant investment.

But, for those who ask me about it specifically (as, I suppose you are, if you’re reading this), my criteria for investing in Bitcoin and other cryptocurrencies would look something like this:

In short, to people who are thinking about investing in Bitcoin, I would say to treat it basically like trading in penny stocks—or foreign exchange (forex), which is closer to what it really is. If you decide to move forward, be sure that you aren’t investing money that you’ll need anytime soon.

If you do decide to invest in Bitcoin, don’t invest more than you can afford to lose, and don’t expect your investment to drastically change your lifestyle—even if it ends in profit.

The opinions expressed in this article are for general information purposes only and are not intended to provide specific advice or recommendations about any investment product or security. This information is provided strictly as a means of education regarding the financial industry.

Dock David Treece
Dock is a former financial advisor and an experienced real estate investor who loves helping people find ways to build and conserve wealth. He has been featured by CNBC, Fox Business, and Bloomberg.