And how did she make her millions? Let investigate this domestic engineer and find out.

I’ve spent more time than I’d like to admit re-watching old episodes of my reality TV favorite: The Real Housewives of New York. I know it’s probably shrinking my brain, but sometimes I need to go on a journey to another world of opulent wealth and vacation meltdowns. Of course, being the finance blogger that I am, I can’t resist pondering how much money these ladies actually have.

When it comes to money, none of the New York housewives have hustled as hard as Ms. Bethenny Frankel. Currently, Bethenny Frankel has a net worth of millions. But, where did she start, and how did she make her millions? It’s time to find out!

Who is Bethenny Frankel?

To put it succinctly, Bethenny Frankel is a mogul. Her first major venture was the company BethennyBakes, founded in 2003, offering 'healthy' baked goods and meal delivery in New York City. Her company was featured on The Apprentice: Martha Stewart in 2005, and she made it through the competition to become one of the finalists. On the heels of that success, she founded SkinnyGirl Cocktails and joined the cast of Real Housewives of New York (RHONY) in 2008. If you haven’t heard of SkinnyGirl Cocktails, which I assume means you have better taste in television than I do, it’s a line of low-calorie alcoholic drinks, including wine, vodkas, margaritas and ready-to-serve cocktails.

Over the last 12 years, she has authored several books, sold SkinnyGirl Cocktails to liquor giant, Beam, had her own talk show, been an executive producer of RHONY, starred in a RHONY spin-off about her (unfortunately doomed) marriage, had a daughter, and founded a charity. I wonder if she ever sleeps?

How did Bethenny Frankel make her money?

Bethenny is great at a few key things that led to her making millions of dollars: diversifying her businesses, selling herself, and filling niche markets.

While she’s always been focused on healthy living, as evidenced by her first business venture BethennyBakes, she absolutely nailed that niche when she invented SkinnyGirl Cocktails. But BethennyBakes and Skinnygirl Cocktails were just the beginning. In 2011 she sold Skinnygirl Cocktails for $100 million. Following the sale of the cocktail line, Bethenny leveraged the SkinnyGirl name into an entire lifestyle brand with her as the figurehead. We are talking snacks, books, clothes, you name it, she’s branded it.

On top of her success with lifestyle branding, at its peak her salary from Bravo TV was estimated to be over $1 million per year. Arguably, her lifestyle brand became a success because she’s just so dang good on TV. She’s sharp and witty and incisive and never afraid to speak her mind. Hell, I want to buy everything she makes just to get close to being like her! Not to mention she was the only Housewives star to make the Forbes list of top earning reality stars in 2016.

Of course, any smart mogul knows you have to make your money work for you. Frankel has flipped properties and made millions of dollars that way, too! She started out 2020 by selling a loft in SoHo for $3.65 million and her sprawling Hamptons property for $2.28 million. She also sold a penthouse in Tribeca in 2016 for $6.95 million. Plus, she owns another multi-million-dollar home in the Hamptons.

Bethenny established herself as a success through a lot of different paths, and I think that’s what’s worked so well for her. She’s not trapped in any one business, and she’s able to BE her brand, which is definitely #GOALS.

So what is Bethenny Frankel’s net worth in 2021?

Between her books, cocktails, clothes, snacks, and real estate deals Bethenny Frankel is worth over $70 million dollars in 2021. Not too shabby for a reality star!

In 2021 Bethenny Frankel’s net worth has actually increased three times from what it was in mid-2019. Even in a pandemic, Bethenny is hustling.

What does Bethenny Frankel do now, and how much does she earn?

Currently, she’s raising her daughter, continuing to build her empire, and selling SkinnyGirl jeans on HSN. I really should say she’s selling through SkinnyGirl jeans because they go quickly.

Here’s what she has to say about what else she’s been up to lately, "I have a multi-million dollar shapewear business, a multimillion dollar microwave popcorn business with Conagra. A very successful, high, high multi-millions of dollars supplement business that’s at Walgreens. So I have these businesses, some of them that have been around for a decade."

She also has a show in development with HBO (The Big Shot With Bethenny - an unscripted series that will follow contestants as they compete to work for her), multiple real estate deals going, AND the BStrong charity initiative (where she is currently sourcing personal protective equipment for frontline healthcare workers and donations for other areas in need). I seriously  wonder where she finds time in the day to do everything she does…

Is Bethenny Frankel a domestic engineer?

Heck yes she is. She makes raising her daughter, building her businesses, and running her empire look easy. Though we don’t get to glimpse her home life through RHONY anymore (she left the show in 2018), one thing is for sure, Bethenny Frankel is a hall of fame domestic engineer! On National Entrepreneur Day 2019, she shared how she manages to balance being a single mom and a baller businesswoman.

What’s her secret? Organization. She focuses solely on the tasks at hand, and doesn’t allow herself to procrastinate. She even admitted that she found it challenging to manage mom-ing and business-ing, which makes me feel a bit better that I haven’t managed to master both (yet- currently I’m working on being the best dog mom ever).

She also explained that her struggle to balance comes from the idea of putting her daughter over everything. “Family time is always first, so that’s why work time is very stressful,” she told Us Weekly. “Because I put my daughter first, I’m the pick-up, I’m the drop-off. I’m with her every moment that I can be with her, so then all of that work has to be jammed into such a small part [of my day].” Could she be any more relatable? 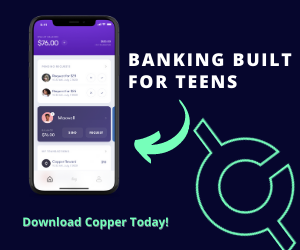 It’s super simple: find your niche and work hard. Okay, maybe it’s not as simple as that… having a big platform to pitch your ideas is also helpful. But seriously, Bethenny Frankel proves that you can make money from something you’re passionate about AND you can keep it 100% real! All you need is one fantastic idea.

From cocktails to clothing to reality television, Bethenny Frankel has shown she knows how to sell herself, and her net-worth proves it.

Calculate Your Net Worth

Do you admire Bethenny’s hustle? Or are you tired of her? Sound off in the comments!

The header image used in this blog post is credited to Boss Tweed.