Love him or hate him, Dave Ramsey is a key figure in finances, and I recently listened to (watched) a segment of his radio show where he talked about early retirement with a 24-year old. Dave Ramsey's three keys to early retirement were simple, straight-forward and, frankly, sorta sensible.

Responding to a caller who's currently 24 and wants to retire by the age of 40, Ramsey immediately began to talk about purpose.

His first question: "What does it mean to retire early for you?"

The caller's response was very similar to what mine would have been if I were that caller. In essence, the caller said that she might do something on the side like part-time consulting work or otherwise something that actually sounds interesting, but she never wants to set foot in an office again.

"I might do my own thing on the side, but I don't want to go to a workplace every day".

Ramsey spoke of a friend of his who, after retiring at 31 and playing golf every day, he nearly died after getting fat and generally unhealthy, void of purpose and without a significant reason for getting up in the morning.

A purpose in life is the key principle in early retirement. If you don't have a purpose, do not retire early. You probably won't be happy.

Oh, real quick [and so sorry for the interruption]. I've released a brand new free 3-day email course about How Life-Changing Things Happen. It's short and sweet but designed to be super helpful if you're struggling with something that needs fixing. Each email is < 1k words.

If you got a moment, consider signing up and taking the 3-day course! Thanks so, so much. And now, back to your regularly-scheduled programming.

In his answer to the caller, Ramsey spoke of his three keys to early retirement for this caller that I think apply to a wealth of those who never want to hold a full-time job again. The remarkable part of all this is it's not just about "not working".

Key #1: Find the thing that you want to do with your life

In other words, purpose. Golf and fishing will only get you so far. Eventually, those activities - while fun at first, become the standard operating procedure after a couple of months. They become the norm, nothing truly exciting. Eventually, we begin searching for something that gives our lives meaning. I know that I've written about this before, but retiring TO something, rather than FROM something, is the most important key in early retirement. Anybody can hate their job. That's easy. But, finding one's own meaning is easier said than done.

If you’re a retired home-builder, you might volunteer with Habitat for Humanity. If you spent your career sitting in front of a computer, you might begin building some software or designing websites for yourself instead of some large nameless corporation. Or your neighbor. Or family. Woodworkers might build mantels or tables for friends.

In whatever way that you spent your career, your post-career lifestyle needs to be filled with something. Don’t retire from being productive. If there is nothing meaningful that fills your life outside of work, then don’t retire until you find it.

I believe that early retirement is about finding your passion.

Here, try this: Consider “retirement” to be nothing more than switching jobs. Just for a second, think of retirement not as quitting work, but changing careers.

When we voluntarily switch jobs, our work doesn’t stop, does it? Of course not. In theory, our working conditions improve. Maybe the office of this new place is closer to home, cutting our commute in half. Maybe the work is more fulfilling. And, yes, perhaps the pay is better if that’s what motivates us.

The work continues, but those necessary elements that surround the work improve. If they weren't any better, you’d stay right where you are. In general, we don’t voluntarily move to a shittier job, in a shitty part of town for shit pay. Do we?

Each move we make improves our situation. Our passion for what we do gets stronger. We approach the work with new-found vigor (yes, vigor!).

"I don't want to wait on 40. I want to start working on it now," Ramsey said. "Move toward what I want to do with my life. Something that is filling and gives me energy".

Ramsey suggested heavily investing in 401ks and Roth IRA accounts while working a full-time job and pulling down an income, but for the longer term. Don't rely on these types of investments when you're young (even though there are loopholes to getting at this money without a penalty). Consider these investments long term. This money is what you'll live off of when you're old and crispy, not young and healthy.

There are ways to get at your Roth IRA before cresting the 59 and 1/2 age mark, and that’s the Roth conversion ladder. The Mad FIentist wrote a concise but very detailed summary of how it all works, along with this sweet infographic:

Details regarding the Roth conversion ladder is well beyond the scope of this article, but I highly encourage you to check out Mad FIentist’s article on the subject. After all, he doesn’t call himself the “Mad FIentist” for nothing.

A low turnover mutual fund, according to Ramsey, is a "growth-type" fund where "they don't sell stocks inside of the fund very often, low turnover of the portfolio", minimizing taxation within the portfolio as you go along until you decide to sell that money.

"If you save substantially into that, you should have a little bit of a nest egg from that while doing other things [like pursuing side hustles]".

My wife and I employed a very similar strategy leading up to our early departure from the hell that was corporate America. Both my wife and I maxed out our 401k and Roth IRAs. We also saved a good chunk of change in a low-cost Vanguard brokerage account that we can sell at any time, day or night, without penalty (taxes do apply, though).

We also began work on our side hustles for post-work life. For me, it was consulting work on the side along with this blog, which is now bringing in over $1,000 a month (which is all I really need). My wife and I together run a monetized YouTube channel that lets us stretch our creative muscles a bit, all the while generating a little cash flow.

That's a loaded statement, but I also found myself in a very similar situation. At 24, I was fresh out of college and working a full-time job, lying to myself with the belief that this is what it means to be an adult. To work. To do a job. Everyone else is doing it. And, they probably feel the same thing that I do. So, I guess this is it. This is what it means to work and be a productive member of society.

Mind you, I would have quit in a heartbeat if there was something else that I enjoyed more and paid around the same. But unfortunately, the golden handcuffs kept me working an unfulfilling job for the promise of riches. Of wealth. Of living a "successful" life.

Many times, it's just easier said than done. Giving up that big paycheck is damn tough to do, even if you are unfulfilled in your career.

What I would tell my 24-year old self about life

I could tell myself to save money until I’m blue in the face, but it probably wouldn’t have stopped my 24-year old self from living exactly the way I did. Hell, I just started to make some serious money. Finally, I’m an adult and capable of choosing my own direction in life. I’m the one going to work every day, and if I want to waste some money on stupid stuff, I’m damn well going to make it happen.

I bought a Corvette within months of scoring my first job. I went out to eat with my roommate for lunch and dinner every day. I spent money on the things I wanted to spend it on, just because I could. At the time, I thought that crap made me happy. And hey, I was 24 years old.

Just let me have a little fun…while I’m still young.

And so, screw it – maybe that’s the true answer to this question. We are going to make mistakes. And, the earlier in our lives that we make them, the more time we have to take corrective action and right the ship. Live large, have fun, do stupid things. Get it out of your system. Then, revise your life.

The real answer to this question is simple: “Live like a king. Spend money. Eat crap. Do it, enjoy it and then move the hell on“.

Let’s continue the honesty for a minute. I don’t know if I would be quite as undeniably happy with the choices that my wife and I are making in life if I hadn’t lived like a wasteful douche bag in a previous life.

After all, I know what going out to eat all the time is like – I felt the 50-pounds being added to my waistline (which I have taken back off!), too. I know what driving the fastest and loudest car in town feels like. I remember dropping $225 for a pair of Oakley shades without blinking an eye. I’ve systematically cheated my budget so I could buy more things.

I know what being an irresponsible, resource-hogging putz is like. Been there, done that and have the t-shirt. I know what I’m missing, and I don’t want it back. But, I’m glad I know. My previous mistakes never tempt me to make them again. Once is good, thanks.

With that experience, I can make better choices for my future. My mistakes have allowed me to recognize the things that no longer bring me happiness. I understand that sports cars, home ownership and restaurant eating is expensive as hell. I realize that stealing from my budget ultimately hurts ME. I know these things because I’ve done them.

I’m thankful for those mistakes. If I didn’t make those mistakes then, I could be making them now. Then, early retirement would be nowhere in sight, and that’s a sad thought. Ultimately, we don’t learn from winning. We learn by losing.

And I’ve learned quite a bit.

What say you? Think Dave Ramsey's advice to that 24-year old who wants to retire early is accurate, or would you have added/changed something about his answer? 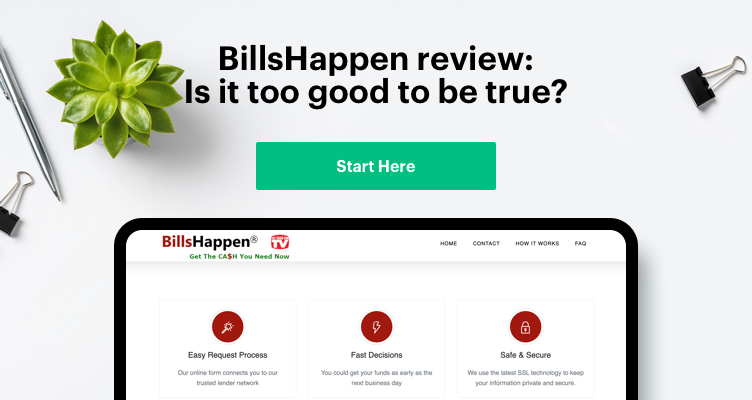 Sign up for Think Save Retire to be the first to receive the most personal finance content you won’t find anywhere else.