How to bounce back from early retirement fails

You’re aiming for an early retirement, economizing and buying cheaply wherever and whenever you can. You can practically smell your financial independence ahead. And then something happens... 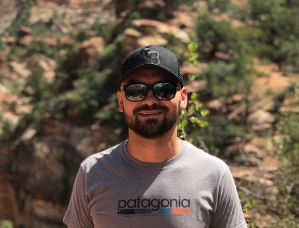 Living frugally to reach your retirement goals has been tough so far, but it’s been working. You’ve built sizable savings in your 30s. You’re on track to retire by 40.

Maybe it’s a trip you’re finding it hard to say no to. Your best friend is getting married in Tokyo—and she’s making it a week-long celebration.

Or perhaps it’s something you didn’t want, but need to pay for regardless. Something like an unexpected medical bill. Or home repairs after a hurricane.

Whatever it is, you’ve just plunked down five or six figures on it. Oof. Your savings are either practically wiped out or taking a serious beating.

You’ve officially fallen off the wagon.

Should you give up on your goals of early retirement? Are your dreams still worth following if you have to push the date back and scrimp and save even harder than before?

Is financial independence worth it if it means subjecting yourself to years of toil and sacrifice—more years than you initially planned for?

And what if another huge expense comes along?

An extreme example of falling off track with your retirement goals

These were a few of the questions whirling in my head when I stumbled across a recent Reddit post on /r/fatFIRE. (FIRE, for those of you may not know, stands for Financial Independence Retire Early. The “fat” variety of FIRE means retiring early with a big, fat wad of cash—financial independence for those who like to live large.)

The post was written by someone using under the name “FallingOffFatWagon.”

You can probably tell where this is going.

The user wrote (the following has been edited for clarity):

“We've been well on our way to Fat FIRE. I’m 40 years old with a partner and one kid. We live in the San Francisco Bay Area. We have just under $5M in assets and a house with a $1M mortgage.

I had spent the last few years earning $0 (through my startup). That probably cost us $500K in expenses, since we couldn't keep up during that time. These days my partner and I both have new jobs, earning $1.8M combined. We’ve been saving over $600K per year post tax for the past 12 months, and see no reason that couldn't continue. We figured we’d be at $5.5M in actual liquid assets with a paid-off house in approximately 2 years, which is about my FI point. From then on, we are working just to increase future lifestyle. Yes, I get the math: ~3% of $5.5M doesn't equal current spend. But we’re flexible. That's the plump FIRE number. Fat FIRE is a bit higher for us.

Thing is, I haven't ever loved our house. It’s fine (which is disgusting to say—Bay Area, you're broken). I have fantasized about moving. It’s never felt like home. This weekend, I walked into an open house and fell hard. We can afford it, but it puts our Fat (plump) FIRE FU date back at least 2.5 years.”

Let’s break down this post a little. A few details struck me right off the bat:

Now, I know next to nothing about this redditor (and can’t “stalk” them, as they’re using a throwaway account), but given the information we’ve learned in a single post, we can piece together a sketch of who they might be.

I imagine this is someone with an enormous appetite—for life, for money, for risk. They launched a startup. They live in one of the most expensive regions in the world. They care about “lifestyle.” By most standards, they seem to have a warped perspective about time and the value of money.

But this is the Bay Area we’re talking about. There’s a good chance this person and their partner work in Silicon Valley. At multinational technology companies—Google, Facebook, Apple—a million-dollar salary isn’t uncommon. Nor is burnout. Many people in tech drop out of high-paying, high-pressure careers after 2–5 years. They have to save what they can when they can—while keeping up with their friends, neighbors, and colleagues.

Think of it like a professional sports career. You’re front-loading wealth early in life, then doing everything you can to preserve it.

That’s easier said than done. Would it surprise you to learn that 60% of NBA players go broke within five years of retiring?

How about the fact that 78% of former NFL players file for bankruptcy after just two years out of the league?

Saving money isn’t easy—no matter how much you make

The point is that saving money is difficult for everyone. I shared the Reddit post above for this reason. It’s a great illustration of how early retirement and its challenges tend to scale. Even on the extreme end, savings don’t happen naturally, goals shift, and compromises must be made. Big money often feeds a big appetite.

This should be liberating for anyone who has regressed on, or is struggling to stick to, their early retirement and financial independence goals. It doesn’t matter how, when, or how much you make.

All that matters is the purpose of your retirement and your willingness to reach it.

You need to have a reason to retire early. Financial independence isn’t a reason unto itself. As Steve wrote a short while back on this blog:

“Without a reason, your goals won't make a lot of sense and, frankly, you probably won't reach many of them.

Not because you aren't good enough to reach them. No, that's not it.

It's because you'll find another goal and then focus your attention on that until the next best thing comes along.”

The millionaire Redditor gives us an example of Steve’s principle in action. They found the home they wanted for so long, and it caused them to rethink their early retirement plan.

That’s not necessarily a bad thing. Locking down a dream house could be worth a couple more years of saving, along with the associated risks of waiting longer—a market downturn, a job loss, a sudden expense, etc. It all depends on your particular situation and objectives.

The best advice for getting early retirement back on track

With all that in mind, I encourage you, for just one moment, to let go of the number you spend all day thinking about. Take the moment to (re)connect with the reason you set that number for yourself in the first place. The next time you find yourself caught between your early retirement plan and a major expense in the present day, return to this moment. Or, if you’ve recently found your finances in retrograde , sit with it right now.

Then, do the following:

1. Consider why you’ve spent or want to spend the money now.

Sure, it’s certainly possible to blow your savings for no reason. But I’m willing to bet you have a reason.

There’s a chance the thing you’ve just purchased or are about to purchase is necessary for your present survival or happiness, or a major part of the life you want to lead.

In that case, consider it borrowing from your future self. Thank yourself for the opportunity and focus on paying yourself back. There are worse kinds of debt you could have taken on.

No matter why you did what did—or are about to do what you’re about to do—it’s not the end of the world. Humans are fallible creatures. We all make mistakes. We’ve all done dumb things with money.

The key is not to let it become a habit. Learn from your mistake (if it even was a mistake—see item #1). Let it gird you against future impulse purchases.

In fact, the worst thing you can do right now is punish yourself. An overactive inner critic will only cloud your future decision-making—and increase the likelihood you’ll do something stupid to make yourself feel better.

3. Revise your plan, if necessary.

Don’t overestimate the impact of the big purchase on your budget or—worse—assume you’ll easily bounce back.

Be honest about what it will take to get back on track. Will you need to wait longer before you can retire? Are there other money-saving opportunities out there you haven’t tried yet?

It’s important to stay grounded and be realistic with yourself. You probably won’t be able to build your finances up to where they were in a few weeks or a couple months. You may not be able to save at a rate any faster than you have been. That’s okay. You’ve already proven that you can save money.

At the risk of throwing out an overused word: you’re a badass. You’re already better-equipped for financial independence than most people are—including most pro athletes.

No one ever got rich by obsessively rationalizing and relitigating money they’ve already spent. People get rich by a) making money and b) saving it.

That’s it. That’s all you have to do.

So get back to it.

I’ll leave you with one last dose of reality. Life happens fast. Don’t waste the time you have now by allowing yourself to be ruled by concerns over money. You can’t spend every second saving.

Have you ever fallen into a retirement savings slump? What did you learn from the experience, and what did you do to get back on track?

Arkadiy
Arkadiy is a master of high-level personal finance. He's founded his own companies, and he knows the ins and outs of being successful in business and in life.