Playing with FIRE: The Documentary review and where to watch

Beautifully produced, feature length documentary "Playing With FIRE" chronicles a family as they embrace their journey to financial independence. 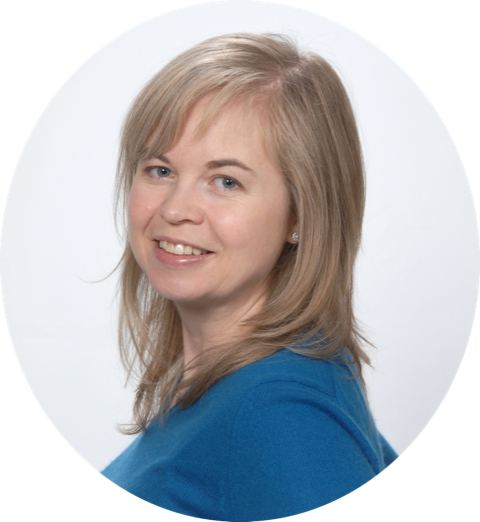 Playing With FIRE: A Documentary tells the story of a young family bucking cultural norms by changing their habits with money to alter the course of their lives.

At the center of this 75-minute, elegantly produced movie we follow 35-year-old Scott Rieckens, his wife, Taylor, and their two-year-old daughter, Jovie. Scott narrated the film and is also credited as the executive producer.

The movie opens with jarring but familiar statistics on the state of American family finances: 78% of us live paycheck to paycheck, 69% of households have less than $1,000 in savings and 34% have no savings at all.

With a slew of frightening data points, Playing with FIRE establishes our apparent inability to understand or fully come to terms with the basics of personal finance right off the bat. Couple that with traditional advice on how much to save for retirement -- according to the movie a healthy savings rate ranges from 10% to 20% of annual income -- and you have a recipe for a long uphill expedition.

A description on the movie website puts it this way: The Rieckens test their “willingness to reject the standard narrative of adult life, which basically prescribes: ‘Go to college, take out tons of student loans, buy a new car, take on a mortgage, buy another car and lots more stuff you don’t need, then work for 40+ years to pay for it all. If you’re lucky you might be able to retire at 65 and not have to live on beans.”

The purpose of the movie is to offer a blueprint for navigating away from the status quo, and toward financial freedom.

Scott and Taylor are living in Coronado, an ocean front area of San Diego, California, working demanding jobs while little Jovie spends her time at daycare. Scott is working in IT and Taylor is working as a corporate recruiter.

The Rieckens, following the arrival of their baby, began questioning whether sending their baby away for someone else to care for, sometimes more than 40 hours a week, is the right work-life-balance.

About the same time, Scott learned from a podcast about a lifestyle strategy known as FIRE -- “financial independence retire early.” It is a movement began about a decade ago by bloggers who shared their thinking on personal finance literacy, frugal living and aggressive savings strategies.

FIRE pioneers come together for documentary

A number of those bloggers are featured in Playing with FIRE as sources on the movement and investment strategies they’ve used that may be helpful for millennials and Gen X-ers who are on track to retire early.

While searching  for answers, Scott explores FIRE before homing in on it as a solution. The movie follows Scott and Taylor’s conversations exploring the concept of dramatically changing their lifestyle in order to have more time with Jovie. Not surprisingly, they decide to dive in with FIRE, the cornerstone of which is keeping monthly expenses to a minimum. For the Rieckens, that means selling their home and Scott quitting his job so they can escape southern California and find a location with a lower cost of living.

Much of the rest of the movie, about an hour, chronicles their year-plus endeavor to find their way. The family heads to Whidbey Island, Washington State, where they meet author Vicki Robin, who in 1992 wrote Your Money or Your Life, a precursor to FIRE.

Scott and Taylor spend about three months living with each of their sets of parents -- first hers in Seattle, then his in Bellevue, Iowa. “Coming back here taught me that I came from frugality. We both did and I lost my way. I’m really grateful I came back” to rediscover that, Scott said.

FIRE isn’t easy or for everyone

Taylor, however, isn’t feeling nostalgia or confident in deciding to leave a home in a coveted oceanfront community. She voiced frustration around the sacrifice of uprooting her family yet continuing to face the scenario where she worked most of the day while someone else, albeit her in-laws, cared for her baby. (Taylor arranged a remote-work situation with her employer.)

In one scene from Scott’s parents' home, the couple are sitting at the kitchen table with, presumably, two of Scott’s hometown friends. Scott is telling them about FIRE and how he and Taylor are going to resettle in an area with a relatively lower cost of living so they’ll be able to save a higher proportion of income.

Both of the hometown guys have looks of dubiousness. “I like to have something to do when I wake up,” the first guy says. The other says something to the effect of “saving up and becoming a millionaire sounds alright.”

After saving aggressively while living in Iowa, the couple head to Bend, Oregon -- a rapidly growing real estate market in the center of my home state. Ironically, longtime Oregonians consider Bend too expensive since Californians discovered it about a decade ago.

Scott and Taylor found Bend both appealing and affordable. When they arrive, they settle into a rental from which they’ll spend time finding whether they want to stay. For a getaway, the family heads to North Bend, Washington State for Camp Mustache. There the Rieckens are surrounded by FIRE adherents, some retired, others still working on their goal. The place has the hallmarks of a kids’ summer camp, i.e. frugal and fun.

Their stay seems to be somewhat invigorating as far as providing some additional momentum toward their eventual affirmation of their decision to pursue financial freedom.

Back in Bend, about a year after touching down there, the Rieckens are walking through their newly purchased home, expressing feelings of happiness for their new lives. “A 100% yes. It’s worth it because it feels transformational. I see that I don’t have to abide by rules of society. I’d never questioned it before,” Taylor said.

“I come from a family where nobody can get a word in because everyone’s always talking. Yet no one talks about something [so important as] money.

In addition to data on Americans’ financial lives, Playing with FIRE is peppered with input from more than 20 thought leaders in either FIRE or financial freedom. They chime in with insights that lay bare the nonsense of American consumerism and the lost cause of spending to “keep up with the Joneses.”

“There are very few ideas that have the capability to radically transform your life in a matter of weeks. And I think FI is one of them,” said Jonathan from Choose FI.

“I don’t really give that much of a shit about about your personal finances,” said Mr. Money Mustache, who blogs for the environment and against consumerism. “What I care about is how much better a world we’re all going to get to live in if we all are being a bit more rational with our money,”

He noted by getting the need to earn a living out of the way and retiring early, people will move on to do what they love. Under that paradigm, inevitably the world becomes a better place, he said.

Playing with FIRE is well done and provides a compelling case study on why and how people embrace FIRE. It makes excellent points for questioning the status quo of work and the contrived age for retirement.

Regardless of what you might think of FIRE as a life path, Playing with FIRE does something extremely worthwhile -- that is questioning the established cultural norms about work as our overarching pursuit until the precipice of old age. The movie also spends time poking at assumptions around earning an income and our spending habits.

FIRE in particular makes more sense than the prevailing culture of acquiring an education, working the rest of our lives with the hope of calling it good at 65. That, according to the film, merely is the age most people dropped dead when actuaries calculated the age for Social Security benefits 60 or 70 years ago. The movie calls out an alternative: Get that education, go to work in a well-paying occupation, aggressively increase your savings rate for five or 10 years until you can afford freedom to move on to pursue what makes you most happy.

These concepts underpin our very existence and they deserve thought, questioning, scrutiny and adjustment. None of which happens enough in our society. While Playing with FIRE isn’t breaking ground with these themes, it offers them up in a way that’s accessible for younger generations who likely haven’t already heard them

Playing with FIRE’s director and executive producer, Travis Shakespeare, and Scott have said the purpose of the film is to add another layer of storytelling to FIRE so that more people will be moved to take advantage of FIRE at an early age.

As the first feature-length film about FIRE, according to Travis, Playing With FIRE undoubtedly has and will attract newcomers to the movement.

However, it could be attracting even more. With its combination of data and personal stories, this film had the opportunity to blow the doors off the still-obscure FIRE movement.

By taking time to unpack more issues behind the many compelling data points, the film could have generated even more understanding and appreciation for issues facing Americans and the dire need for solutions. And potentially attracted more great minds to the FIRE movement.

Yet only so much substance can be crammed into one movie. The filmmakers clearly had a vision for their work, along with production limits. Going into more detail would have extended the running time, likely increasing its KickStarter-funded $100,000 price tag.

But for Scott, at least, the story-telling isn’t over. He has a book, a blog and anticipates launching a podcast to continue his work with FIRE. Millions of people already follow the bloggers featured in the film.

Yet messages of financial independence and retiring early from being forced to work in a 9 to 5 arrangement aren’t common knowledge, let alone part of our social fabric. Parents should be talking to their kids about financial independence instead of setting expectations for adulthood dictated by massive debt and 40 or 50 years of compulsory work.

When Iowa homeboys in the trades like Scott’s hometown friend, “get” FIRE, proponents will know they’ve delivered their message in a way that is broadly accessible and destined to become ingrained in our social fabric.

That may come with time, one family at a time, the way it did for the Rieckens.

“After going through this year,” Scott said, “what we found is, this isn’t about money. I thought we were on a quest to get rich, to break through and have everything we want. And man, we were in for a surprise.”

The “surprise” for the Rieckens was learning how to find out what makes them happy so they could do what matters most to them. The film, and the FIRE movement in general, are opening new eyes everyday to a higher calling.

Where to watch Playing with FIRE:

Shelly Strom
Shelly is a writer based in Washington. Since coming out of early retirement from being a volunteer wildlife refuge caretaker in her early 20's, Shelly has written for newspapers, worked in corporate