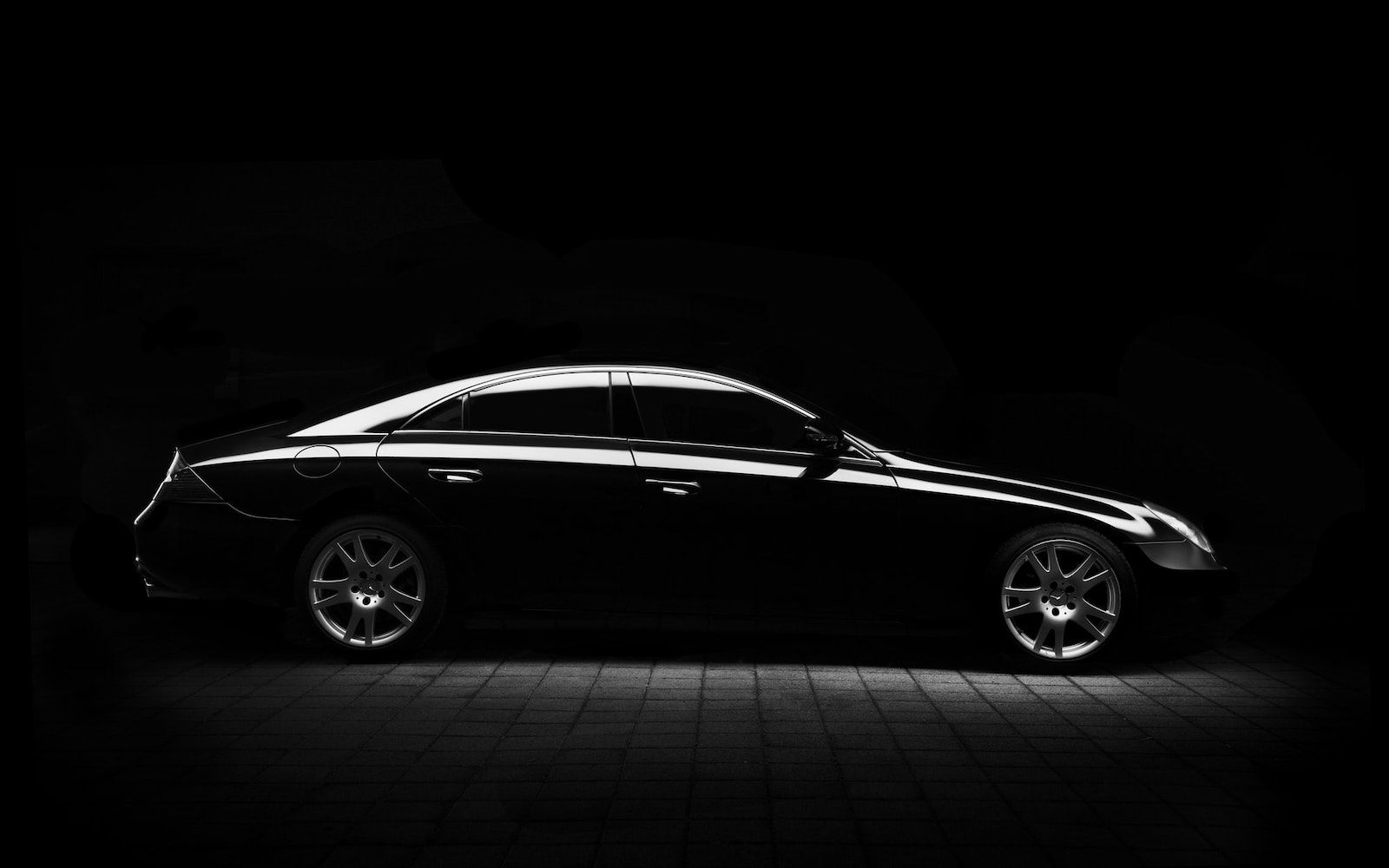 I'll admit it - once upon a time, I was a total sucker for what I now realize is nothing more than America’s overwhelming display of pseudo-affluence.

I gushed over nice looking, new and expensive cars. In high school, when I saw some impeccably maintained BMW M-series or the newest Porsche model rolling down the street, I’d look. And maybe gawk. I’d take in the sound of the engine note like a true “connoisseur” as it would zip down the street. I would even spend endless hours on Autotrader.com and Autonews.com in an effort to feel more a part of this exclusive, upper-echelon driver’s club.

To say that I was just "impressed" was an understatement. The truth was, in my mind, I immediately connected what I considered to be a logical web of dots in my head about not just the car, but the person driving the car.

I wanted the expensive car. I wanted to drive the car. But more than that, I wanted a lifestyle that would allow me to have such an expensive piece of machinery. I wanted the life, not the car.

"That guy must be filthy rich," I often thought to myself.  I wanted the LIFE as much as the car.

But hey, I was in freaking high school! My understanding of the real world was as sound as Kanye West’s understanding of tact and grace, grounded only in a false popular belief. I had very little income, hardly any expenses and worked at a grocery store after school and on the weekend for money. At this point in my life, anyone who could afford an energy drink had a leg up on me.

Honestly, what the hell did I know about the reality of money, buying stupid-expensive cars, and presumably being at the top of the food chain, so to speak?

Then, I read The Millionaire Next Door, and it changed my perception about rich people.

I now know that most wealthy people tend not to drive around in new and expensive vehicles. They also aren't wearing $5,000 watches, $1,500 designer suits while flashing their high-spend credit cards and living in large McMansions in well-to-do zip codes located throughout the city. This is why they are wealthy.

That’s right! Let me say that again: this is why they are wealthy!

What cars do rich people drive?

So if the wealthy are not gravitating towards the fanciest of cars, you might be wondering what rich people actually drive. The "real rich" drive 10-year old Honda Civics or Toyota Camrys. Seriously. An Experian Automotive study found that 61% of wealthy people drive Toyotas, Hondas and Fords. In addition to being attracted to cars made by Honda, Toyota, and Ford, other brands to include in the list for rich people are Jeep, Subaru, and Volkswagen.

The Most Popular Car Driven by Millionaires

In a study posted by USAToday.com, the Ford F-150 was the most popular vehicle among people earning more than $200,000. Part of the reason for the popularity of this relatively modest purchase, outside of the desire to save, is that many “regular cars” now offer the same features that come equipped with more expensive vehicles.

These millionaires also live in "normal" communities with the rest of us and very often look for sales on their clothes and shop at "regular" stores like JC Penney and even Target. They tend not to shop Lord and Taylor, Neiman Marcus, Talbots or other expensive establishments.

For example, the late Stop Acting Rich author Thomas Stanley wrote that the median price that millionaires pay for their cars is a meager $31,367. On his blog, he argued that luxury brand automakers are largely supported by the pseudo-affluent - those who spend quite a bit of money but have very little REAL WEALTH to show for it.

And so, your stupid expensive car just doesn't impress me.

I don’t care about the car and the fact that it is the newest model. I never have. Instead, I cared about the life. But if that life is fraught with debt from a steep revolving credit – the most popular kind of financial set back – along with other complications, then I don’t even want that after all.

This shit doesn't impress me because, well, I'd like to retire before I hit 60. Actually, I retired at 35 —BMW and Lexus free. Despite popular opinion, that stuff isn’t right for me and what I want for my future. I want financial freedom.

It is prudent to briefly discuss the difference between a high income and wealth because this difference cuts directly to the heart of the matter. In short, those with high incomes do not necessarily possess a high net worth - or wealth.

The truth is that the majority of research finds that expensive luxury cars are owned by top earners who are neither “wealthy,” nor considered the richest. Income is much different than wealth. When we use the term “wealth,” we are referring to how much you are worth—in other words, what you have to show for yourself. The list includes your investments, home equity, real estate, savings, your various lines credit etc.

According to my research, those with a high income but relatively low net worth prefer to spend the large majority of yearly earnings on things like big homes, the most expensive model of cars, clothes, and jewelry. They do not save in the right ways. They do not get ahead. Their high-consumption lifestyles are killing their chances of building an investment nest egg that we all need to comfortably retire. From a financial perspective, these people are not worth very much. Most top spenders are neither rich nor wealthy.

Where is their money going?

Much of it is used to fund a high-consumption lifestyle. Spending money on a long list of expensive things because they earn significant amounts of money and believe they can afford the “nicer things in life” (read: they believe that they are rich). Among the list of things wealthy people buy are expensive dinners, high priced alcohol, $25,000 Rolex watches, 3,500 square feet homes with big back yards and granite counter tops in ritzy areas of the country, and of course, expensive cars like the latest $80,000 BMW or Lexus model.

Their high incomes lull them into a false sense of wealth.

In truth: these people are NOT wealthy because they spend the majority of their income.

Readers of the book "The Millionaire Next Door" will know what I am talking about. People who rake in $500-grand a year but only have $250,000 in investments. Yeah, these people.

Let’s switch gears and talk about what actually makes you the richest.

In contrast, our nation's rich people - people with significant net worth - save the majority of their earned income. They do not buy expensive cars, like the ever so popular BMW or Lexus, nor do they purchase big homes. They choose to live reasonably! The brands of cars that are most likely on their list of consideration would be ones like Ford or Jeep, or something equally as modest.

They dress just like the rest of us. They shop at the same stores you and I shop at and enjoy saving a buck just like we do. This impresses me.

This level of wealth, enabled by a reasonable lifestyle, is what impresses this humble early retirement blogger.

This is what I want. And, this is also what my wife and I have worked so hard to achieve.

Today, when I see a Porsche struttin' down the road, I pity the driver. Is there a chance that the driver is already retired with a gigantic nest egg, making that car easily affordable? Sure, it's possible. But, it's also not likely. The Porsche, or BMW, or Mercedes, or Jaguar is usually just the beginning of what these high-income individuals spend money on.

According to my research and experience, I see evidence of over-consumption everywhere. For example, I used to work with a guy who drives Audis and collects absurdly expensive watches (in the neighborhood of $10k a pop). A couple weeks ago, I noticed a mid-30's woman loading up her kids into her $60,000 Infiniti SUV. The weekend before that, a well-maintained red Ferrari sat in the gym parking lot as its owner worked out.

At one point in my life, all this expensive machinery would have impressed me. But once I understood the reality of how true wealth interacts with expensive purchases, I came to realize something important:

The large majority of these people are in debt. Debt doesn't impress me. So many of these people need a high income just to maintain their high-consumption lifestyle. There is nothing enviable about finding yourself in a position where a high-income job is required just to make ends meet.

I do not want these cars because they are financial nightmares, notoriously inefficient and a drain on my ability to quit the rat race. I realize now that drivers of expensive vehicles are generally not in a good financial position. Contrary to my petty high school thought process, these people are typically not truly rich. Instead, they lead destructive high-consumption lifestyles through a high income.

In the end, I've learned that rich people are not rich because of high yearly incomes or reckless consumption. Instead, they are rich because they save. They invest. They live responsibly. They are, in a word, sensible.

My retirement Renaissance: A journey from insane spending to retirement saving

My social status turned into a financial shit show

Keeping up with the Joneses? Don't - most of them are flat broke