Getting Out of Debt

Before you can climb out, you need to know how far you’ve fallen 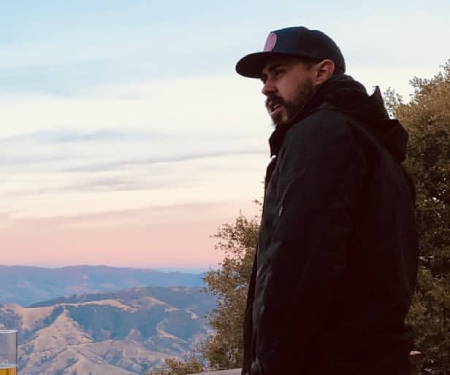 The most powerful revelation I’ve experienced since beginning my financial independence journey is embracing mistakes without being judgmental. I don’t just mean my own mistakes (of which there are many), but also the mistakes of friends, family members, and public figures.

As far as my own mistakes go, there was the (barely) street legal race car I owned in my early 20’s that frequently needed costly repairs. Then there was the trip to Cabo that I slammed onto my credit card, promising myself I’d pay it off quickly “in a few months”. Shortly after that came the sneaker phase where I accumulated a variety of expensive basketball shoes that I was too afraid to wear in public, because Heaven forbid they get scuffed!

The simple truth: Nobody cares or will remember your failures (or successes) as vividly as you do.

In my late twenties, I began to judge myself very harshly for those decisions. I would look back and really beat myself up about how much further along my 401(k) would be, or how much closer I’d be to owning an investment property if I hadn’t been so frivolous in my early 20’s.

As I’ve grown as a person (and invested a small fortune in self help audio books), I’ve learned to embrace my mistakes and grow from them. Berating myself for poor decision making won’t make the money magically reappear in my bank account, so it was time to let go of that negative self talk.

But what about when other people, particularly celebrities, make big glaring financial mistakes? Up until recently, I wasn’t quite as compassionate with other people as I’ve learned to be with myself.

Back in the Game

Back in the Game, is a 4 part CNBC series that follows host Alex “A-Rod” Rodriguez as he works closely with celebrities and professional athletes who have lost their way, and their fortune. Rodriguez coaches his celebrity guests in a concerted effort to fix their finances, their public image, and ultimately– their lives.

I won’t speak for anyone else, but there’s something oddly satisfying to me about hearing a story about a celebrity that was on top of the world, but ended up squandering their multi-million dollar fortune and descending back to earth with us commoners as a result.

I think that a lot of reality television is designed so that we can look at other people’s intimate moments and say “I may have a lot of problems, but thank goodness I’m not that bad”.

However, Back in the Game gives us genuine opportunities to learn from the mistakes of fallen stars without the exploitative feel that you tend to get with so-called reality TV.

So what can we learn from A-Rod and his celebrity guests?

Being Humble in Defeat

When you get a closer look at the finances and questionable business decisions of household names like Evander Holyfield and Ryan Lochte, you might find yourself rolling your eyes and audibly sighing at their financial decisions. I certainly did. I thought to myself “ugh, this would never happen to me if I got rich”.

I have to say though that I admire the bravery of these celebrities. It takes a lot of courage and vulnerability to open your private life up to the world in order to get some much needed help. I haven’t squandered a multi-million dollar fortune, but I certainly would not be stoked to have someone pick apart my finances for millions of prying eyes.

To my continual detriment, I hate asking for help and will generally avoid doing so if I can. What’s so weird about that, is that I love to help other people.

The Lesson: Don’t wait until it’s too late to get help like these celebrities did. If you’re anxious about asking someone for help or reaching out to a financial advisor, try to remember how satisfying it feels when you help someone else.

Each episode of this show has a “holy shit” moment where A-Rod examines the celebrity guest’s books, and finds that they are an absolute dumpster fire.

In episode two, Ryan Lochte shares that he’s lost millions in endorsement deals, and is left with just a fraction of his former earnings. He and his wife have been forced to significantly downgrade their home in order to cutback on expenses, but in the same breath, we learn that they both are needlessly spending thousands of dollars a year on luxury cars.

As part of his advisement, Rodriguez takes the Lochte family to a Mazda Dealership to try and convince them to downgrade from their Porsche and Range Rover, to a more practical vehicle.

*Spoiler Alert* They both acted as if they sat in a Mazda for too long that poorness might become contagious and rub off on them.

The Lesson: Ask yourself the following questions: Are you being disciplined when it comes to your financial goals? Are there luxuries or comfort items you could cut back on? Do you really need as much home space as you think you do?

Taking Ownership of Your Flaws

A-Rod is a great fit as the host of this show, because he’s no stranger to scandal, himself. You might remember, the legendary shortstop tested positive for steroids and subsequently lied about it, costing him millions in fines, suspensions, and endorsement deals.

Rodriguez is definitely one of the rare exceptions to the rule though. He found a way to bounce back from rock bottom, rehab his image, AND somehow managed to cuff J-Lo in the process.

However, his comeback would not have been possible if he hadn’t taken responsibility for his actions, and publicly apologized to all the people he let down. Accepting responsibility is a major theme in the show.

I think the public is much more inclined to have compassion and empathy for a person who takes responsibility for their actions, and proves to us that they’re taking steps to be better in the future. For as much as I love a scandal, I enjoy a comeback story even more.

The Lesson: Be honest with yourself, assess your deficits, and set firm goals to improve in those areas.

For me, the show has been a lesson in empathy. It’s real easy to be an armchair quarterback when you’re counting someone else’s money.

Listen, if I hit the PowerBall tomorrow, it would be really tough for me to refrain from buying a compound in Malibu, the 1960’s Adam West Batmobile, and a Gulfstream with my face on it.

So, I should definitely have empathy for someone like Evander Holyfield, who has lost a significant amount of his fortune due to people taking advantage of his trusting nature and passive business strategy. Is it really that shocking that a dude who is a 4-time world heavyweight champion, and olympic medalist isn’t also good at money management?

The Lesson: When you have compassion for yourself and others, you can turn the toxic thoughts that come along with mistakes, into valuable life lessons.

Episode 3 of this 4 part series features former American Idol host, Brian Dunkleman. Remember him? Me neither.

Sean Barela
Sean is a writer and entrepreneur that has a passion for all things personal finance. When he's not writing about finance, you can find him at the nearest steakhouse.